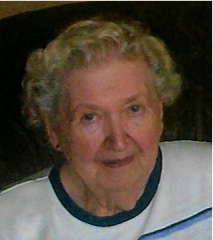 , 96, of Canton, passed away at 9:26 am on Friday, November 25, 2022 at Red Oaks Estates in Canton. She was born on October 4, 1926 in Canton, the daughter to Earl and Gladys (Conrad) Flynn. Betty married William R. Kost on Easter Sunday, April 6, 1947 in Canton. William preceded Betty in death on December 22, 2006. Surviving are her son Jodie (and Robbin) Kost of Canton, 3 grandchildren, Connie Freund of Newark, DE, Cathy (and Matt) Derry of Canton, and Jeff (and Christina) Kost of Avon, IN, 6 great-grandchildren, Alyssa Freund, Evan Freund, Noah Buhl, Briley Kost, Megan Kost and Cadence Kost, 1 sister, Lila Williams of Canton, as well as several nieces and nephews. Betty is preceded in death by her parents, 1 brother, Robert Flynn, and 1 sister, Mary Brown. Betty retired from Canton School District #66, where she worked in the cafeteria. She also worked at S.S. Kresge in Canton, and for Flynn Building Materials in Canton. She loved to sew, knit, crochet, play BINGO, work crossword and jigsaw puzzles. While a resident at Red Oak, it gave her great pleasure to crochet winter hats and share them freely with the residents and staff. Betty’s prize possessions were her library card and her cats, Belle and Beau being her last two. A graveside service was held in the Astoria Cemetery at 2:00 p.m. on Sunday, November 27 with Pastor Penny Frame officiating. In lieu of flowers, memorials in Betty’s name may be made to the Fulton County Humane Society in Canton.