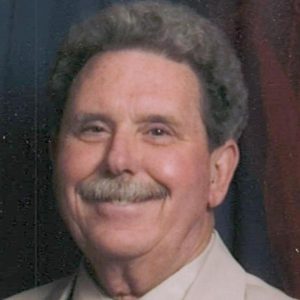 Grant Lloyd Haley, 80, of Havana passed away from open heart surgery complications, at OSF St. Francis in Peoria at 4:35 p.m. on Wednesday, November 16 surrounded by his family. Grant was born March 5, 1942 in Collinsville to Lloyd and Leah (Auger) Haley. He married Vicki Sue (Foster/Fornoff) Haley on October 6, 1976 in Havana. Grant and Vicki were married for 46 years and they celebrated their 45th wedding anniversary in October 2021 surrounded by their close family and friends. Grant is survived by his wife Vicki, his daughters, Lynn Fornoff and Mary Tess Lage (Haley) and his son Wade Fornoff (Daun). Also surviving are his grandchildren, Michalah (Bryan) Arnold, Victoria (Toad) Diekhoff, Austen (Julia) Lage, Kathleen Lage, Frank (Heather) Schearer, Mike (Emily) Schearer and Kate (Dan) Carney. He also has multiple great grandchildren, many nieces and nephews and extended family members. Grant was preceded in death by his parents, his brother (Charles Haley) and his granddaughter (Amelia Diekhoff). Grant graduated from Collinsville High School in 1960. He graduated from the University of Illinois with a Bachelor of Science in Forestry, in 1965. He married Jeanette Ridgeway and they had Mary Tess in 1966. Grant was a District Forester for the State of Illinois for 30 years. He served on the Havana Public Library Board for a number of years. Grant also volunteered time to the Havana Community Christian Day Care by reading to the children. Grant was a member of St. Barnabas Episcopal Church of Havana and was currently attending St. James Episcopal Church of Lewistown. In life Grant was a dedicated blood donor, donating more than 3 gallons of blood and platelets through his life time. In death Grant was an organ donor and we so hope these gifts give hope to others. Grant enjoyed and loved his grandchildren and spending time with them. It has been said that “He was the best PaPa in the world.” He was very proud of his family. Grant enjoyed his trips with Vicki all over the United States and around the world. He passed on to his grandchildren the love of “horrible” pun jokes and a glorious sense of humor. Grant and Vicki have enjoyed remodeling their house on Plum Street since the date of their marriage. Grant was an avid wood worker and outdoorsman. He gave to his family a love of family games and music. Grant passed on to his children and grandchildren a love of life and the Lord. Visitation was Monday, November 21 at Hurley Funeral Home, Havana from 5 – 7 p.m, The funeral was held Tuesday, November 22 at St. Barnabas Episcopal Church in Havana at 11 a.m. Memorials may be made to St. Jude’s Children Hospital, St. James Episcopal Church or St. Barnabas Episcopal Church. Hurley Funeral Home in Havana is in charge of arrangements.