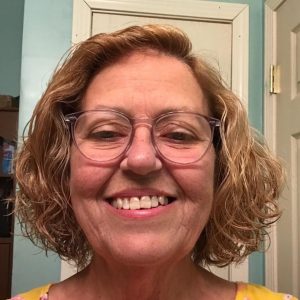 Mary Reagan Flairty, 64, of Easton, passed away at her home at 5:49 p.m., on Sunday, November 6. She was born September 9, 1958, in Pekin to Calvin A. and Eulah (Watson) Reagan. She married Carl Flairty on June 25, 1977, in Forest City. He preceded her in death on April 12, 2016. Mrs. Flairty is survived by three children: Karl (Shawn) Flairty, of Easton, Joe (Ashley) Flairty, of Mason City, and Nicole Fairty, of Easton; six grandchildren: Garrett, Carter, Elijah, Levi, Alexander and Katherine; as well as five brothers: David, Chuck, Ronnie, Donnie and Clark Reagan. She was preceded in death by her parents, husband, one sister, Alice Edgar and one brother, Carl Reagan. Mrs. Flairty was a member of Forest City Community Church. She worked as an Registered Nurse at the Mason City Area Nursing Home and Mason City doctor’s office for many years. A funeral service will be held at Maas-Hurley Funeral Home, in Manito, on Thursday, November 10 at 2:00 p.m., with visitation immediately prior to the services from Noon until 2:00 p.m. Rev. Frank Brozenac will officiate. Memorial contributions may be made to St. Jude’s Children’s Research Hospital or to the Flairty Family. Online memorial messages may be left for the family at www.hurleyfh.com.