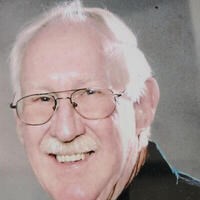 Clarence Junior Breese, 82, of Havana passed away Thursday, October 27 in Cabot, Arkansas. Mr. Breese was born March 8, 1940 in Manito to the late Clarence and Frances Bartles Breese. Mr. Breese worked for C&IM Railroad for over twenty years at the Havana Coal Docks. Clarence enjoyed trains, fishing, working in his garden with his dogs, and most of all doing whatever his wife Patty wanted to do. In addition to his parents, Mr. Breese was preceded in death by the love of his life, Patricia Dawson Breese and two grandchildren, Joshua and Talauna. Mr. Breese is survived by his daughters, Rebecca Breese in Arizona, Launa Pratt, Melissa Yaeger and Kathy Welch, all of Cabot and Karen Specketer of Havana; grandchildren, Michael Breese, Rachel Breese, Curtis Yaeger, Christopher Yaeger, Zach Pratt, Timberlee Gasparro, Eric Welch, Andi Specketer and Clare Specketer. as well as 9 great grandchildren. There will be a graveside service at 2:00 p.m., Saturday, November 19 at Meadow Lawn Cemetery in Manito followed by a memorial for Clarence and Patricia at Grandpa’s Restaurant in Havana. Arkansas arrangements under the direction of Moore’s Cabot Funeral Home. Maas-Hurley Funeral Home in Manito is assisting with arrangements.