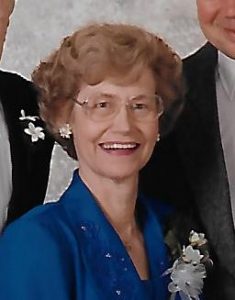 Alice C. Zempel, 91, of Lewistown, passed away at 12:15 p.m. Sunday September 25 at Clayberg Nursing Home. She was born August 14, 1931 at rural Lewistown, the daughter of Karl and Margaret (Callender) Davis. She married Karl F. Zempel on August 23, 1971 at Ashville, NC. He preceded her in death on January 2, 1999. She was also preceded in death by her parents, and one step son, Robert Roy Zempel who made his home with her. Surviving are two step children, Zoe (Norman) White of Forest City, and Karl R. “Hoot” Zempel of Lewistown, three grandchildren, Eric White, Branson Zempel, and Karla Zempel, and five great grandchildren. Alice graduated Lewistown High School and worked as a telephone operator and later became a beauty operator. She was a member of the Lewistown Chapter of the DAR, the Fulton County Farm Bureau, and the Lewistown United Methodist Church. She and her husband enjoyed vacationing in North Carolina, and spent many winters in Florida. A graveside service will be held at 10:00 a.m. Friday September 30 at Oak Hill Cemetery with Pastor Shane Smith officiating. A visitation will be held Thursday September 29 from 5-7 p.m. at Henry-Lange Memorial Home in Lewistown. Memorial contributions may be made to the Lewistown United Methodist Church. To view Alice’s life tribute video or to send condolences visit henrylange.com