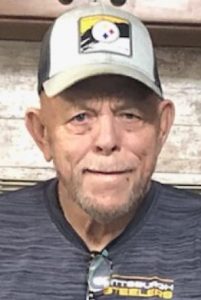 Robert W. Hayes, 83, of Havana passed away at 1:03 p.m. on Monday, September 19 at St. John’s Hospital in Springfield. He was born on November 20, 1938 in Peoria County to Paul and June (Gibbs) Hayes. He married Anna May Morse in Peoria on April 27, 1957. She preceded him in death on May 16, 2010. Robert is survived by his children, Tammy (Jim) Farwell of Havana, Bobann Bashaw of Colorado, Lisa (Dwight) Kolves of Havana, and Robert (Renee) Hayes of Edwards; nine grandchildren; and eleven great-grandchildren. He was preceded in death by his parents; wife; grandson, Josh Clayton; aunt, Virginia Adkins, who helped raise him; and sister, Nancy Jenkins. Robert worked for Steamfitter #353 in Peoria for many years. He also owned Hayes Calls for several years, making duck, goose, and turkey calls. He was an avid hunter, fisherman, and outdoorsman, and was a member of Ducks Unlimited and the National Wildlife Turkey Federation. Cremation rites have been accorded and a private family service will be held at a later date. Memorial donations may be made in Robert’s name to the local chapter of National Wildlife Turkey Federation, the Spoon River Gobblers in Canton. Online condolences can be left for his family at www.hurleyfh.com. Hurley Funeral Home in Havana is in charge of arrangements.