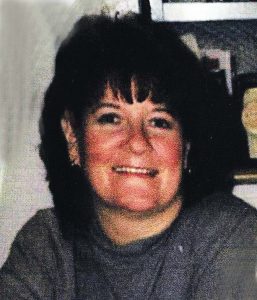 Teresa L. Anderson, 65, of Canton, passed away, Wednesday, August 31, in Canton. She was born on December 19, 1956, in Canton. Teresa is survived by her husband, Donald “Don” Anderson, whom she married on January 25, 1975, at South Park United Methodist Church in Canton. She is also survived by her parents, Donald and Shirley (Whitmore) Edwards of Canton, three childern, Erin (Scott) Slack of Wee-Ma-Tuk, Jason (Sarah) Anderson of Canton, and Cari (Ken) Miller of Plainfield, one brother, Bruce (Jean) Edwards of Canton, one sister Betsy (Dan) Taylor of Canton, three grandsons, Logan Anderson, Casey Miller and Nolan Anderson, her dog Riley, and her cat “Kat”. Teresa graduated from Spoon River College of Nursing, with an Associates degree. She worked for Graham Hospital for 28 years retiring in 2014. She worked many different positions at Graham, but she was most proud of her time as head of admitting. She loved all animals big and small. She enjoyed traveling with her husband Don and especially their family trips to Walt Disney World. Most of all Teresa loved spending time with all her family, especially her grandsons. Per her wishes cremations rites will be accorded and there will be no services. Memorials may be made to Fulton County Humane Society. To leave online condolences, please visit www.oakshinesfuneralhome.com.