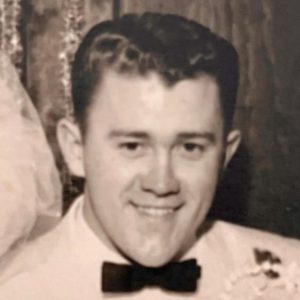 Robert Dean Taylor, 77, of Chandlerville, passed away at 6:15 a.m., on Saturday, July 23 at Memorial Medical Center in Springfield. He was born September 30, 1944, in Springfield, to Basil and Mary Ion (Shirley) Taylor. He married Melanie Barrett on December 18, 1964, in Chandlerville. Robert is survived by his wife, Melanie, of Chandlerville; three children: Jason (Mandy) Taylor, of Bath, Ann (Lonnie) Henry, of Chandlerville and Mary (Jared Richard) Taylor, of Chandlerville; eleven grandchildren: Brittany Taylor, Shelby (Casey) Moss, Shelby Eyer, Nathan McCutcheon, Alexis Henry, Sydnee (Kyle) Wallace, Anna Henry, Grace (Alex) Eddings, Taylor Danner, Zoe Danner, Quinnlyn Richard; one great-grandson, Wyatt Wallace; and one brother, Dwayne (Joann) Taylor of Chandlerville. He was preceded in death by his parents, one brother, Franklin Taylor, nephew Nathan Potts and niece, Rachelle Leroy. Robert was a member of Chandlerville Christian Church. He started working at AE Staleys in Decatur. He then worked for Caterpillar Inc. for many years, retiring in 1996. Along with his wife, he owned and operated Tay’s Place in Chandlerville for ten years. He was a former member of the A-C Central School Board, and had worked for both the Chandlerville and A-C Central schools. He grew up at Crane Lake Duck Club and loved to hunt and fish. He was a member of Masonic Lodge AF&AM #724 in Chandlerville. In retirement he enjoyed traveling and watching his grandchildren’s ball games. Graveside services will be held at Chandlerville Cemetery on Tuesday, July 26 at 11:00 a.m. Rev. Brian Eilers will officiate. Memorial contributions may be made to Nate’s Park, Chandlerville Cemetery, or Chandlerville Christian Church. Online memorial messages may be left for the family at www.hurleyfh.com. Lintner-Hurley Funeral Home in Chandlerville is in charge of arrangements.