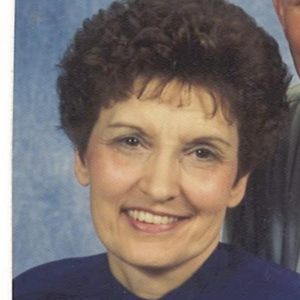 Janet Lou McCoy, 77, of Athens, formerly of Havana, passed away on Tuesday, July 12 at 1:05 a.m. at Memorial Hospital in Springfield. She was born on December 9, 1944 in Carlinville to Chester and Helen (Fritz) Smith. She married Paul Terry McCoy on November 8, 1969 in Springfield. Janet is survived by her husband, Terry McCoy of Athens; son, Tim (Rene-e) McCoy; daughter, Teresa McCoy; three grandchildren, Kendra (Donnie) Ayers, Kandice Pryor, and Mike McCoy; great-grandchildren, Paxton Ayers, Will Pryor, Jude Pryor, Jace Pryor, and Jade Pryor; and sister, Judy Friedrich of Havana. She was preceded in death by her parents and sister, Margaret. Janet attended Radiant Church in Springfield. She worked as a bus monitor for Porta School District for many years. A funeral service will be held on Friday, July 15 at 2:00 p.m. at Hurley Funeral Home in Havana, with a visitation one hour prior to the service. Pastor Mac Dalton will officiate. Memorial donations may be made in Janet’s name to Radiant Church in Springfield. Online condolences can be left for her family at www.hurleyfh.com. Hurley Funeral Home in Havana is in charge of arrangements.