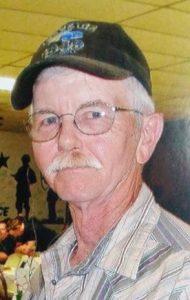 James J. “Jimmy” Oatman Jr., of Peoria, passed away on Monday, June 20 at OSF Saint Francis Medical Center in Peoria. He was born on September 13, 1949 in Canton, a son of James J. and Stella (Pollitt) Oatman Sr. He was preceded in death by his parents, one sister, Cinda Hodgkins, and one nephew, James Cannon. Surviving is his son, Billy (Jen Ford) Oatman of Champaign; one daughter, Jessica (Phillip Russell) of Canton; four grandchildren, Tyler Oatman, Ollie Williamson, Shelby Williamson, and Finley Oatman. Also surviving him is his five sisters, Linda (Roy) Schmidt of Lewistown; Sandy (Stanley) Burget of Lewistown; Kathy (Terry) Smith of Dunfermline; Marica (Bob) Groff of Canton; Mary Carmer of Urbana; one brother, Curtis (Raemarie) Oatman of Fredericktown, Ohio; one brother-in-law, Ed (Donna McAllister) Hodgkins of Pekin, as well as many nieces and nephews. Jimmy graduated from VIT High School in 1968, he loved to help his dad on the farm, when he was younger. He then worked at Sisters Creek Farm, and then he was drafted into the United States Army and served in Vietnam with the 101 Airborne Division, later working for Caterpillar, Inc for almost 40 years. Family meant everything to him, he liked to be the life of the party, and was like an encyclopedia, always had the answers. He loved his neighborhood in Peoria, where he helped many people with their yardwork, and was the community fix-it-man. He enjoyed Saturday lunches with his family and friends, enjoyed going to the 50’s diner in the Metro Centre for coffee, and at Hardees with his best friend, John Branchfield, and always looked forward to going to John Wayne’s birthday party in Iowa. He enjoyed a trip with Billy and Tyler to Iowa for a swim meet, and was looking forward to a trip to Florida with Jessica, Ollie, and Shelby, before he suddenly became ill. Funeral services will be held at 12:00 p.m. on Monday, June 27 at Sedgwick Funeral Homes & Crematory in Canton, where visitation will be held from 10:00 a.m. until the time of the services. Rev. Kevin VanTine will officiate. Burial will follow the services in Greenwood Cemetery, where Military Honors will be conducted by the United States Army and the Canton VFW. In lieu of flowers, memorials can be made to Tunnels to Towers, in honor of Jimmy, as he always said the injured military personnel should have been taken care of by the Government for their service. To leave online condolences or to view Jimmy’s DVD please visit www.sedgwickfuneralhomes.com