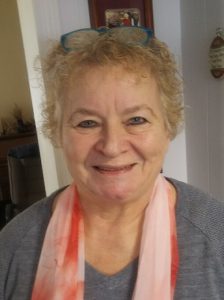 Ruby Joyce Miller, 78, of Havana, passed away at her home on Saturday, June 4. She was born on November 13, 1943 in Brown County, Minnesota to Edwin August and Mary Ann (Trebelhorn) Bern. She married Wayne Michael Miller in Winthrop, Minnesota on December 21, 1962. He preceded her in death on November 9, 2008. Ruby is survived by her children: Lanette L. (Timothy) VanEtten, Leslie M. (Mark) Lindgren, and Shane M. (Joby) Miller, grandchildren: Chloe (Mark) Cable, Luke Lindgren, Leif Miller, Lane Miller, and Hudson Miller, great-granddaughter, Athena Cable, and grand-dogs: Popeye, Percy,Roxie and Sasha. She is also survived by her sister, Mary A. Sloke and brother, Jerry (Linda) Bern and many cousins, nieces and nephews. She was preceded in death by her parents, husband, and sister, Janet Youngbloom. Ruby worked as the City Clerk of Havana for many years until her retirement. She was a member of the Mason District Hospital Auxiliary, the Red Hat Society, and the Fuddy Duddys. She was a very loving and dedicated mom, grandma, great-grandma and wife. Cremation rites have been accorded and a private graveside service will take place. Memorial donations may be made in Ruby’s name to Mason District Hospital. Online condolences can be left for her family at www.hurleyfh.com. Hurley Funeral Home in Havana is in charge of arrangements.