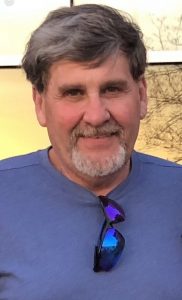 Terry Allen McKinley, 59, of Murfreesboro, TN, formerly of Lewistown passed away on Wednesday, January 19. He was born on March 19, 1962, in Macomb, the eldest child of Larry and Linda (Gilkerson) McKinley they preceded him in death. He married Barbara Jean (Munson) McKinley on May 21, 1987, she survives. Terry is also survived by their three children, Tyler, Kelsey and Mandy McKinley and one granddaugher Paris McKinley all of Murfreesboro, TN, as well as his three siblings, Kevin (Julie) McKinley of Lewistown, Jim (Cassie) McKinley of New Palestine, IN, Crystal (Scott) Yost of Greenfield, IN. He was a 1980 graduate of Lewistown High School. He was a loving father and grandfather who enjoyed spending time with his family. He grew up on the family farm in Lewistown and enjoyed showing hogs at the local fairs. Many of his fondest memories he shared with his wife and children were camping, fishing, and teaching his son to work on cars. His favorite little person called him “Grampy”. Graveside service will be held at 2:00 p.m. Friday, February 18, at Oak Hill Cemetery in Lewistown. Henry-Lange Memorial Home in Lewistown is assisting the family with arrangements. Online condolences may be made at henrylange.com.