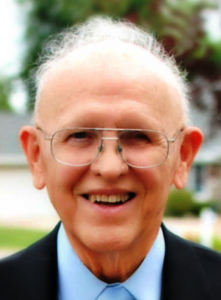 Wayne Dean Friedrich, 84, of Washington, (formerly of Morton), passed away on Tuesday, January 18, at his home after a long illness. Wayne was born October 30, 1937 to Chester Arthur and Lucy Lavona (Bell) Friedrich in Quiver Township (Havana). He married Mary Clifford at the Church of Christ in Havana on August 27, 1967. He is survived by his wife, Mary; daughter, Diane (Rob) Sweeney of Washington; two grandchildren, Josh Sweeney and Caroline Sweeney; and sisters Faye (Dale) Turner and Janice (Delbert) Wilcoxen, both of Havana. He was preceded in death by his parents; one sister, Sylvia Rowe; and two brothers, Robert Friedrich and Lloyd Friedrich. Wayne graduated from Brown School of Business and attended Bradley University and Los Angeles Harbor College. He was proud to serve in the US Army and Army Reserves. He greatly enjoyed traveling across the country as a soldier and had many interesting stories of the places he visited and experiences he had. After the military, Wayne worked at Caterpillar for over 40 years; most of that time was spent at the Morton facility. He held many different positions during his career and enjoyed the friendships he formed with customers and coworkers during this time. Retirement allowed Wayne to spend more time creating precious memories with his beloved grandchildren, who brought him much joy. They affectionately called him “Poppy”. When Poppy wasn’t spoiling his grandchildren, he enjoyed working jigsaw puzzles, watching game shows and visiting with friends. Growing up on a farm, Wayne learned to love spending time outside. He was known for his beautiful lawn and flowers. His grandchildren fondly remember his abundant raspberry patch. He could fix anything and was a skilled craftsman, meticulously building amazing dollhouses for many happy young (and young at heart) recipients over the years. Wayne was the epitome of a hard worker and truly enjoyed helping people. He was especially proud of his leadership role with Junior Achievement, but also quietly provided help and support to anyone who needed it. Through his strong faith, he served as an example and witness to many during his life and career. Wayne will be remembered as a loving husband, father and grandfather and will be greatly missed. A private graveside service for immediate family will be held. Pastor Gary Salm will officiate. Deiters Funeral Home and Crematory in Washington is assisting the family with arrangements. In lieu of flowers, donations may be made in honor of Wayne to the Christian Union Church in Metamora, IL. or Junior Achievement of Central Illinois. https://www.christianunionchurch.com 925 W Walnut Metamora, IL 61548 https://www.juniorachievement.org/web/ja-centralillinois Wayne’s memorial website is available at www.deitersfuneralhome.com where condolences may also be sent to the family.