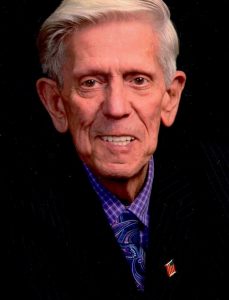 Leroy Francis “Lee” Beel, age 82, of Normandy, Missouri passed away on Sunday, January 9. Leroy was born December 4, 1939. He is survived by: his loving wife of over 60 years JoAnn (nee: Miner); his daughter and son-in-law Theresa “Terri” and Lenny Duncan; his grandchildren: Chris (Amanda) Duncan, JoLynn Kolves; his great-granddaughters: Olivia Duncan, and Brelynn Kolves; numerous extended family members; and his beloved pet Precious. He was preceded in death by: his mother Nellie (nee: Boat), his brother Clements Joseph “Jack” Beel, and his sister MaryAnn Beel. Lee was a lifetime active member of the Teamsters Local 688, and was currently serving as the President of Teamsters Retirees. He was very involved in the City of Normandy, serving as Councilman Ward One for eight years. He and JoAnn established the Normandy RedBird Rookies Program, and the building of park facilities for it. Lee received recognition as an outstanding citizen from the Missouri House of Representatives for his continued involvement in Government. He was acknowledged by FEMA for his dedication to serve in times of crisis. He was a member of Our Lady of Guadalupe Catholic Church in Cool Valley. Memorial Contributions may be made to: Teamsters Local 688 Retirees. Fond memories and expressions of sympathy may be shared at www.alexanderstlouis.com for the Beel family.