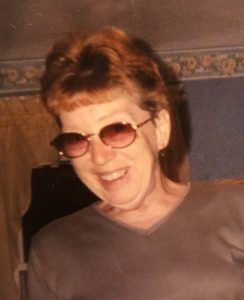 Rosalie F. Cooper, 81, of Havana passed away on Thursday, October 28 at 6:55 p.m. at Mason District Hospital. She was born in Glasford on December 29, 1939 to George and Flossie (Vaughn) Stockham. She married Harvey Alan Cooper on October 11, 1957 in Havana. He preceded her in death on November 25, 2015. Rosalie is survived by her children: Allan (Brenda) Cooper, Doriane (Stuart) Newcomer, and Brock (Jessica) Cooper, grandchildren: Jacob (Becky) Cooper, Nicole Newcomer, Kyan Cooper, Jaxon Cooper, Devin Cooper, and Courtney Cooper, great-grandson: Henry Cooper, and sister: Anna Mae Watson. She was preceded in death by her parents, husband, and siblings: Ruth Parsley and Robert Stockham. Rosalie was a member of the Havana Central Christian Church. She was a homemaker and enjoyed spending time with her family. Cremation rites have been accorded and a graveside service will be held at a later date. Memorial donations may be made in Rosalie’s name to her family. Online condolences can be made at www.hurleyfh.com. Hurley Funeral Home in Havana is in charge of arrangements.