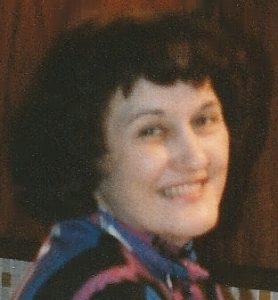 Clara L. Burch, 84, of rural Lewistown passed away at 9:52 p.m. Tuesday November 2, at Renaissance Care Center in Canton. She was born August 14, 1937 at Virginia the daughter of James and Beatrice (Stewart) Norris. She married Harry E. Burch on October 12, 1957 at St. Luke’s Catholic Church in Virginia and they were married 64 years. She is survived by her husband along with three children, Thomas (Kathy) Burch of St. David, Don Burch of Evansville, IN; and Juanita (Lyndelle) Dennis of Camp Point, four brothers, Tim Norris of Springfield, Steve (Kathy) Norris of Springfield, Wilbur (Elsie) Norris of Springfield, and Doug (Marge) Norris of South Carolina, two sisters, Juanita Salvesti of Springfield, and Kathy Norris of Springfield, four grandchildren, Jason Dennis of Quincy, Lyndelle Dennis III of Camp Point, Tiffany Dennis of Quincy, and Nicole Burch of Lewistown, three step grandchildren, Jennifer Shissler of Canton, Ian Pollitt of Canton, and Brynn Shissler of Canton. She was preceded in death by her parents, one son, Dr. James Burch, one daughter, Janet Burch, three brothers, and two sisters. Clara attended Spoon River College. She was a receptionist at Burch Chiropractic in Lewistown for 20 years. Clara was a member of St. Mary’s Catholic Church in Lewistown and also a member of the alter & rosary society. She enjoyed painting china, and shooting archery along with her husband. She loved holidays with family and spending time with her children and grandchildren. A funeral mass will be held at 1:00 p.m. Friday at St. Mary’s Catholic Church in Lewistown with Father David Whiteside officiating. Burial will be in St. Mary’s Cemetery at Lewistown. Visitation will be held from 5-7 p.m. Thursday at the memorial home where a rosary will be conducted at 4:30 p.m. Memorial contributions may be made to St. Mary’s Catholic Church in Lewistown. To view Clara’s life tribute video or to send online condolences visit henrylange.com.