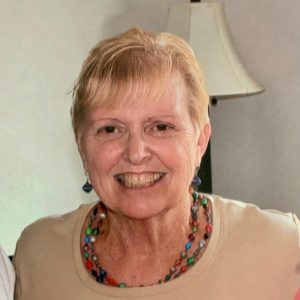 Dixie G. Hilst, 84, of Havana, formerly of Manito, passed away at 10:09 p.m., on Monday, October 25 surrounded by her family. She was born October 13, 1937, in Pekin to Forrest and Lee Inez (Pruitt) Willoughby. She married Wesley H. Hilst on August 17, 1958, in Pekin. He preceded her in death on January 1, 2016. Dixie is survived by three children: Eric (Kathy) Hilst of Delavan, Gwen (Charles) Lutz of Wisconsin and Peter Hilst of Havana; twelve grandchildren: Erika, Olivia, Isabella, Cody, Jacob and Gus Hilst, Lauren and Ian Russell and Joshua, Alex, Ruger and Derringer Hilst; two brothers: Jerry Willoughby of Washington, and Willard Willoughby of Manito; as well as two sisters: Nell Sanchez of Albuquerque, New Mexico and Doris Howard of Sullivan, Indiana, and several nieces and nephews. She was preceded in death by her parents, husband, one brother, Ray Willoughby, and two sisters, Gwen Schwindinhammer and Laquita Litchfield. Dixie was a member of St. Paul’s Lutheran Church, near Manito, where she had served in the Ladies League. She was a former member of Forest City – Manito Rotary Club, Mason District Hospital Auxiliary and had volunteered for the American Cancer Society. She was a graduate of Pekin High School in 1955, ICC in 1983 and Bradley University, in Peoria, in 1986 with a BSN. She and her husband had owned and operated retirement homes in Manito, Havana and Canton. She had also worked for Pekin Prescription Lab and Americana Nursing Home in Peoria. She enjoyed traveling and spending time with her family and friends, and especially her grandchildren. Visitation will be held at Hurley Funeral Home, in Havana, on Wednesday, November 3 from 4:00 until 7:00 p.m. A memorial service will be held at St. Paul’s Lutheran Church, near Manito, on Thursday, November 4 at 10:30 a.m., with visitation one hour prior to the service. Burial will follow the services at Meadowlawn Cemetery in Manito. Rev. James Batchelor will officiate. Memorial contributions may be made to St. Paul’s Lutheran Church. Online memorial messages may be left for the family at www.hurleyfh.com. Hurley Funeral Home in Havana is in charge of arrangements.