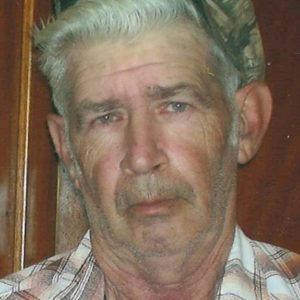 Fred I. Hall, 79, of Vermont passed away at 6:50 a.m. on Thursday, October 21 at his home. He was born on November 1, 1941 in Bloomington to Frank and Verna L. (Houk) Hall. He married Loretta Bessie Hillig in Lebanon, Missouri on August 18, 1960. She preceded him in death on September 5, 2013. Mr. Hall is survived by his children: Craig (Melanie) Hall of Indiana, Deborah L. (John) Trolinder of Havana, Jeanette (Wendell) Johnson of Meredosia, Becky (Steve) Nodine of Washburn, Cathy (Marvin) Crafton of Havana, Tammy (Terry) Rhoads of Bushnell, and Tiffany Hall of Ipava, 12 grandchildren, and many great-grandchildren. He was preceded in death by his wife, parents, and brother, Bill Hall. Mr. Hall enlisted in the Army in 1959 and served for 4 years. He retired from Caterpillar and was a life-long farmer. Graveside services were held on Saturday, October 23 at 2:30 p.m. at Fairview Cemetery near Bath. Craig Hall officiated. Memorial donations may be made in Mr. Hall’s name to his family for funeral expenses. Online condolences can be left for his family at www.hurleyfh.com. Hurley Funeral Home in Havana is in charge of arrangements.