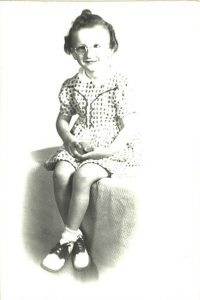 Elizabeth Jones-Tomes-Stimler, 78, of Havana, passed away at 6:13 p.m. on Friday, October 15 at St. John’s Hospital in Springfield. She was born on January 27, 1943 in Canton, a daughter of Robert and Leona (Rohrer) Jones. She married Gerald “Spud” Tomes. He preceded her in death in 1990. She later married George Stimler Jr; and he preceded her in death in 1997. She was also preceded in death by her parents, and one brother Sammy. She is survived by her brother, Frankie (Sharon) Jones of Astoria; several nieces and nephews, and many cousins. Elizabeth was a great cook, working at many restaurants in the area. She also worked for a unform factory, Kenray Brass, and retired from the Coil factory in Gibson City. She enjoyed fishing, camping, playing cards, and Bingo. Elizabeth was of the Christian faith. Graveside service and burial will be at 11:30 a.m. on Friday, October 22 at Greenwood Cemetery in Canton. Rev. Michael Huson will officiate. Memorials can be made to the Fulton County Humane Society, Kerton Township Rescue Squad, or the Prairie Heart Institute. To leave online condolences please visit www.sedgwickfuneralhomes.com