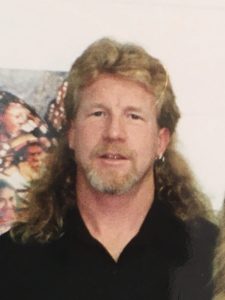 Rick Seth Leeds, 65, of Denver, CO, formerly of Cuba, passed away on Aug 4, from unexpected complications of diabetes. He was born to Richard S. & Barbara J. (Todd) Leeds in Canton on June 3rd, 1956. Surviving are his life partner of 35 years, Patti; his Mother, Barbara Leeds, of Longville, MN; sisters Judy Leeds of MN, Cindi Laswell of Canton, & Sandi of CO & one brother, Brad of CO. Also surviving are several nieces & nephews. He was preceded in death by his father, Richard (2017) & sister’s Becky (2001) & Peggy Ann (infant); Grandparents Seth & Viola Leeds ; William ‘Chick’ & Mildred Todd. Rick loved being outdoors and riding his Harley. He was an avid motorcycle and airplane enthusiast and spent many hours working on motorcycles, airplanes and just about anything with an engine. His adventuresome lifestyle took him on many adventures throughout his life including racing Motorcross in his younger years. He was a certified scuba diver, living and operating a scuba dive shop in Mexico. He had also trained in karate. He taught himself to fly & loved the freedom of the air. He built and flew several experimental aircrafts and traveled by air and the open road to visit friends and family. Rick’s love of adventure took him to many places and he spent time in Minnesota, Mexico, Hawaii, Florida, Arizona, Illinois and Kansas while calling Colorado home. He owned his own semi and worked for several companies hauling heavy oversized equipment on low-boy trailers locally and over the road for over 15 years. Rick’s journey here on Earth is now complete and he has begun a new adventure. He will be deeply missed by loved ones, family and friends. Cremation rites have been accorded & burial of ashes will be at a later date.