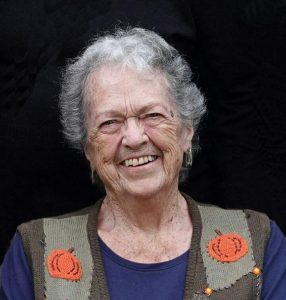 Barbara Lou Smith Hickok, 94, of El Paso passed away July 27, 2021 at her home surrounded by family. Cremation rites were accorded, and a private family service will be held at a later date. Calvert-Johnson & Froelich Memorial Home, El Paso is assisting the family with arrangements. Barbara was born on August 27, 1926 at Olivet, the daughter of Sanford Richard and Edith Lois Mellert Smith. She married Frank H. Hickok on August 30, 1944. He preceded her in death in 1992. Surviving are six children: Bobbe (Dale) Garness, Terre (George) Lyons, William (Elizabeth) Hickok, Caroline Nelson, Pegge (Joe) Hall, and Jackson (Jean) Hickok; eight grandchildren; fifteen great grandchildren; and one great-great grandchild. She was preceded in death by her parents, two brothers—John and Jack, and a son-in-law, Ron Nelson. Residing most of her life in Fulton County, Barbara was a farmer’s wife, a busy mother of six, and a homemaker who enjoyed helping on the farm. She, along with Frank, loved to travel and passed on their love of travel to their children. She enjoyed reading thousands of books, whipping her family and friends at card games, and eating ice cream. Gardening and feeding and watching the many birds which visited her backyard also gave her joy. She was a loving mother, grandma, great grandma, and great-great grandma who enjoyed spending time with her family. In lieu of flowers, memorial donations may be made to El Paso Public Library.