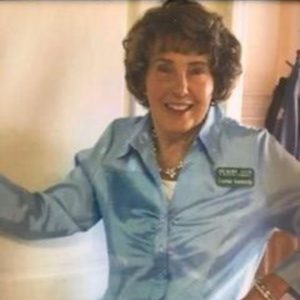 Connie L. Kennedy, 81, of Springfield, formerly of Havana, passed away at her home at 8:06 a.m., on Tuesday, June 15. She was born March 17, 1940, in Vermont to Charles Henry and Gladys (Harwedel) Kirkbride. Mrs. Kennedy is survived by one son: Todd (Bonnie) Kennedy of Springfield; two grandchildren: Chad Kennedy and Kristen Kennedy; one brother: Charles Kirkbride, of Vermont, Illinois; one niece, Cheryl Kirkbride and one great-nephew, Jade Dunlavey. She is also survived by Nindy Hunt, who was a great friend and caregiver to Connie. She was preceded in death by her parents. Mrs. Kennedy was a member of 1st United Methodist Church, in Havana. She had been a member of Laureate Zeta Chapter of Beta Sigma Phi, Havana Rotary Club, and Illinois Board of Realtors and had been involved in a local investment club. She was former owner of Kennedy-Sarff Real Estate in Havana, where she was a Real Estate Broker and Certified Residential Appraiser. She was a lifelong devoted Green Bay Packers fan. She also enjoyed traveling the country in her motorhome RV. A memorial service will be held at Hurley Funeral Home in Havana, on Sunday, June 27 at 4:00 p.m. with visitation following from 5:00 until 7:00 p.m. Memorial contributions may be made to the 1st United Methodist Church in Havana, Mason District Hospital or Laureate Zeta Chapter of Beta Sigma Phi. Online memorial messages may be left for the family at www.hurleyfh.com. Hurley Funeral Home in Havana is in charge of arrangements.