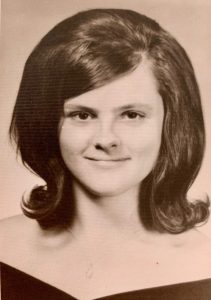 Roberta Ann “Bert” Sarff, 69, of Havana, passed away on Sunday, June 13, at 5:09 a.m., at her home, surrounded by her loved ones. She was born December 15, 1951, in Macomb to Robert Lee and Melba Jean (Hukill) Markley. She married Daryl Sarff on August 28, 1975, at his parent’s farm home in Chandlerville. Mrs. Sarff is survived by her husband, Daryl, of Havana; one son: Jay (Lindy) Sarff of Havana; daughter: Darla (Brandon) Nell, of Pekin; two grandchildren: Samantha Sarff and Hunter Nell; one brother: James; as well as four sisters: Pam Hedden, Sharon Trone, Brenda Suydam and Judy Leasman; as well as several nieces and nephews. She was preceded in death by her father, Robert, sister, Ethel and two brothers: Dan and John. Per her wishes, cremation rites have been accorded. Burial of ashes will be at a later date. Hurley Funeral Home in Havana has been entrusted with her arrangements.