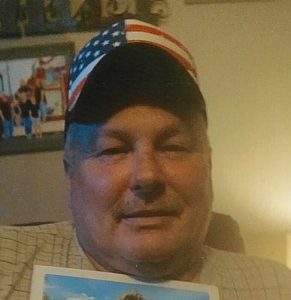 Keith E. Bortell, 54, of Havana, gained his heavenly wings at 10:39 p.m. on Monday, May 24 at Mason District Hospital. He was born on January 11, 1967 in Havana to Eldon and Sheron (Servis) Bortell. He married Lauri Layton on June 3, 1989. She survives. Also surviving is his son, Brandon (Ashley) Bortell of Havana; his parents; his brother, Bob Bortell of Forest City; father-in-law, Ernie Layton of Havana. He is also survived by four grandchildren, Kyleigh, Brayden, Hannah, and Rylan, and several nieces, nephews, aunts, and uncles. He was preceded in death by his son, Andrew, a nephew, his grandparents, and his mother-in-law. Keith enjoyed stock car races, spending time with his family, and especially his grandchildren. He was employed by Specketer Trucking as a truck driver. A celebration of life will be held at a later date. Cremation rites will be accorded with Sedgwick Funeral Homes & Crematory in Canton. Memorial contributions can be made to the family to help with medical expenses. To view Keith’s DVD or to make online condolences you may go to www.sedgwickfuneralhomes.com