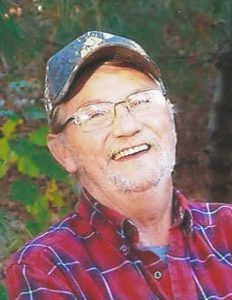 Roger A. Thompson entered eternal life on Tuesday, May 18 at his home. He was the son of Merritt (Shorty) and Mary Thompson, born at his home in Ashland on August 19, 1948. He married Lisa Jill (Ulrich) Thompson in 1986. Roger is the father of Brian (Dianna) Thompson, Erika (Phil) Foster, and Whitney (Bryce) Richardson. He had an infant son, Jeffery, who preceded him in death. Grandchildren are Alecia Foster, Brock Foster, Jake Bates, Ty Otto, Anthony Foster, Brystol Richardson, Brylee Richardson, and Maddison Orwig who he loved dearly. Also surviving are three siblings: Judy (Jerald) Sarnes, and Mary Wilcoxen, both of Havana, and Merritt Lee Thompson, of Chenoa. Roger enjoyed working on the farm all his life. He also worked at National Standard, HCSD #126. He was a foster parent with his wife. His favorite pastimes were tractor pulls, racing, gardening, and collecting John Deere memorabilia. He had an ornery spirit and was always trying hard to play jokes and make others laugh. A Celebration of Life will be held on Friday, May 21, at 1:30 p.m., at Havana Church of Christ. Revs. Bill Boyce and Tim Lindsay will officiate. Cremation rites have been accorded and a private family burial will be held at a later date. Memorial donations may be made in Roger’s name to Shriner’s Children’s Hospital or the donor’s choice. Online condolences can be left for his family at www.hurleyfh.com. Hurley Funeral Home in Havana is in charge of arrangements.