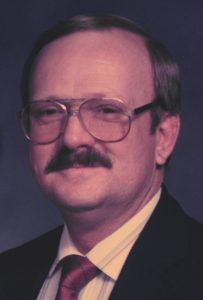 n Dodd, 81, of Fiatt passed away at 9:42 p.m., on Friday April 9 at Renaissance Care Center surrounded by his loved ones. He was born December 15, 1939 in Springfield to Ralph and Lillian (Spencer) Dodd. They preceded him in death as did two brothers, five sisters and many precious pets from Jiggs through Nellie. He married Ellen Stroman September 15, 1978 in Havana. She survives. Also surviving are one son Jacob (Kelly) Dodd of Roseville; two daughters Robin (the late Donnie) Hibbetts and Lori (the late Ed) Knowles, both of Liverpool; former daughter-in-law Jessica Dodd of Canton; six grandchildren, Andrew Edwards, Hilary (Benjamin) Keime, Dustin Knowles, Jayda Brown Dodd, Kole Dodd, and Brody Dodd, two great-granddaughters, MaKayla and Bella Keime; and his beloved lab, Lillie. Loyd was a member of the Lewistown Community High School Class of 1958 and received his Associate in Science Degree from Spoon River College in 1974. He was awarded the Student Achievement Award that year. He received the Spoon River College Alumni Association Alumni Achievement Award in 2006. Loyd served in the United States Air Force from 1956 to 1961. He served in the Air-to-Air Refueling 421st and 429th Squadrons. Stationed at Langley AFB in Hampton, Virginia, he, and his fellow airmen were on base with the seven original astronauts. After his honorable discharge, he worked on the railroad and sold Fuller Brush. He worked at International Harvester for 21 years as a proud member (and union steward) of UAW Local 1357. Most of his time there was spent as a welder in Departments 2 & 37. Loyd retired when the plant closed. He then went to work as an agent for Country Companies Insurance (now Country Financial) for 21 years. Upon retirement from there, he worked at Oaks-Hines Funeral Home. Loyd was a member of the Maples Mill United Methodist Church where he served on many committees and was Sunday School Superintendent for many years. Loyd sometimes played his guitar in church alongside Steve Endsley on dulcimer. He was a member of Lewistown Masonic Lodge #104, the Scottish Rite of Peoria, American Legion of Fairview, Fulton County Farm Bureau, Ducks Unlimited, and the TAC Tankers Association. He was a member of the Cuba Lions Club (no longer active) where he served as President. Loydloved to raise and train retrievers and was a former member of the Mid-Illinois Retriever Club. He served as a fire fighter on the Buckheart and Cuba (Fiatt Station) Fire Department and as an EMT on the Cass-Putman Rescue Squad until his health forced him to retire. He coached T-ball, baseball, and grade school basketball in the Cuba School District. He served as the medic for the football team all the years Jake played. Loyd was passionate about music. Among his favorites were Merle Haggard, Waylon Jennings, and Dolly Parton. He was a devoted fan of Harry Chapin and attended many of his concerts. He was an avid photographer. He loved to travel with Ellen and take the scenic routes on every trip. He was an enthusiastic hunter. Duck hunting was his favorite, followed closely by pheasant hunting in Iowa. He enjoyed watching his dogs work almost as much as he enjoyed the hunt. He adored his family and was thrilled with the role of Grandpa. He was involved in several causes, but perhaps he fought hardest as Co-Chair of the Save Thompson Lake Committee. He took many trips to the Emiquon National Wildlife Refuge to watch the waterfowl on what was once Thompson Lake. It brought a smile to his face every time. He served the people of Fulton County as Deputy Coroner under the terms of Jim West and Steve Hines. He was a board member for the Cuba Senior Center and the Wee-Ma-Tuk Water District. Loyd was a staunch Democrat whose favorite POTUS was Harry Truman. He didn’t want to miss an episode of “Jeopardy” or “Wheel of Fortune.” He was a faithful Chicago Cubs fan who believed there was no place like Wrigley Field to watch a baseball game; a loyal Chicago Bears fan who looked at Soldier Field as a football shrine; and a die-hard Bradley Basketball fan who would argue that no venue was as exciting for basketball as Robertson Memorial Fieldhouse. Visitation will be held on Wednesday April 14 from 5:00 p.m. to 7:00 p.m. at Oaks-Hines Funeral Home in Canton where a Masonic service will be held at 7:00 p.m.. A funeral service will be held at the funeral home at 1:00 p.m. on Thursday April 15. Burial with military honors will be in Fiatt Cemetery. Memorials may be made to the St. Jude Children’s Research Hospital or the Fulton County Humane Society. To leave online condolences or to view Loyd’s video tribute please visit www.oakshinesfuneralhome.com