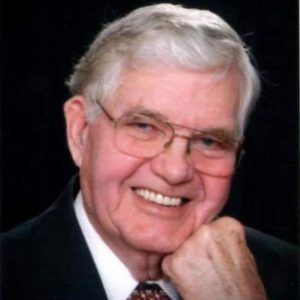 Larry W. Whitehouse, 81, of Manito, passed away at his home at 9:35 a.m., on Thursday, April 8. He was born April 19, 1939, in Spencer County, Rockport, Indiana, to George W. and Ollie Mae (Brown) Whitehouse. He married Judith Callaway on September 13, 1959. She survives. Mr. Whitehouse is survived by his wife: Judith, of Manito; three children: Scott (Carolyn) Whitehouse, of Burnside, Eric (Marcia) Whitehouse, of Manito, Kathleen (Gene) Blake of Atwater, Minnesota; four grandchildren: Kara Whitehouse Qaoud, Noah Whitehouse, Luke Whitehouse and Jennifer Blake Redgate; as well as four great-grandchildren: Elijah, Ethan, Jaelynn and Jackson. He was preceded in death by his parents, one brother, Dennis Whitehouse and one infant son, James Scott Whitehouse. Mr. Whitehouse was a member of Manito Community United Methodist Church, where he had been a member of the Men’s Club. He served in the US Navy Reserves in 1957 and enlisted in Active Duty from 1958-1962. He was stationed at Newport, R.I. and served aboard the USS Davis. He was later a member of Hill Palmer American Legion Post #561, in Manito. He worked on Forman Ambulance for 27 years, where he was an EMTI, teaching CPR. He also volunteered for Forman Fire Department for 12 years. He was very active in Manito, being involved in Manito Optimist Club, Community Choir, Community Theater, Food Pantry Volunteer and former Civil Defense Coordinator. He enjoyed camping and was a member of various camping clubs. He liked to fish, garden, grow flowers and feed the birds. He also liked to square dance, and had been a member of Tri-County Twirlers. On July 1, 1999, he retired from Corn Products/Pekin Energy after 42 years, where he had worked as a Lab Analysist and Safety Director. In retirement he had worked for TNW, as recently as last summer. Visitation will be held at Manito Community United Methodist Church from Noon until 2:00 p.m., on Monday, April 12. Funeral services will be held at 2:00 p.m., also at the church. Private burial will be held at Meadowlawn Cemetery, in Manito, at a later date. Rev. Steve Oaks will officiate. Memorial contributions may be made to Manito Community United Methodist Church, or Forman Ambulance. Online memorial messages may be left for the family at www.hurleyfh.com. Maas-Hurley Funeral Home in Manito is in charge of arrangements.