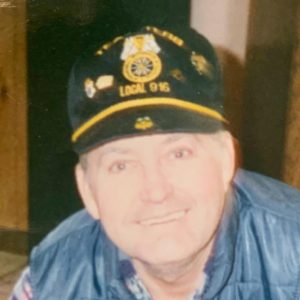 Vernel W. Smith, Jr., 78, of Kilbourne, passed away at his home at 6:54 p.m., on Monday, April 5. He was born November 19, 1942, in Canton, to Vernel and Marie (Hanes) Smith Sr. He married Judith A. Phillips in 1964. She survives. Mr. Smith is survived by his wife, Judith, of Kilbourne; two children: Vernal “Vern” Smith III, and Shellie (Keith) McGary, both of Kilbourne; two grandchildren: Kati (Ryan) Todd and Dylan (Abby Wetzel) McGary; as well as siblings: Ira E. “Sonny” Smith, of Springfield and Katherine Sue Engelbrecht, of Kilbourne. He was preceded in death by his parents, step-father: Edward Jasper, and three infant brothers: Billy, Larry and Mark. Mr. Smith had worked for Metal Culverts, in Havana, for several years. Most recently, he had worked as a truck driver for ABF, in Springfield. He enjoyed playing music and was a member of the band, “White Lightning Express.” Graveside services will be held at Kilbourne Cemetery at 3:00 p.m., on Thursday, April 8. Rev. Mike Hopps will officiate. Memorial contributions may be made to Kilbourne Fire Department. Online memorial messages may be left for the family at www.hurleyfh.com. Hurley Funeral Home in Havana is in charge of arrangements.