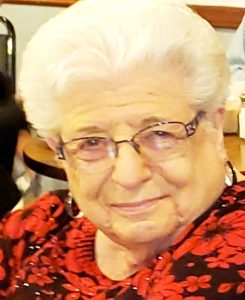 Janet L. Scott, 79, passed away on Friday, April 2 at OSF St Francis Medical Center in Peoria. She was born on March 22, 1942 in Canton to Dale and Audrey (Mahr) Murphy. They preceded her in death. She married Garry Scott on November 20, 1960 in Fairview. He survives. Also surviving are her children, Cary (Sherry) Scott of Monmouth, Kevin Scott of Fairview, Kelly Scott of Canton, one sister Marcy Williams of Canton, five grandchildren, Opal, A.J., Justin, Coeby, Caely and two great grandchildren, Atlas and Josey. Janet was a homemaker and enjoyed cooking. She also helped her close niece Suella at Princess Creations. She enjoyed playing cards and dancing to Dave Scott’s music at various events. A visitation will be held on Wednesday, April 7 at the Oaks-Hines Funeral Home and Crematory in Canton from 5:00 – 7:00 p.m. Cremation rites will follow and a graveside burial of the ashes will be held on Thursday, at 2:00 p.m at the Fairview Cemetery. Memorials may be made to the Kidney Foundation. To leave online condolences, please visit www.oakshinesfuneralhome.com