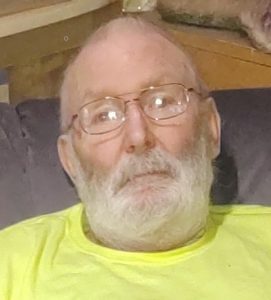 Bruce C. Hall, 67, of Havana, passed away at 8:24 a.m. March 28 at his residence. He was born on April 27, 1953 in Canton to William I. and L. Jean (Bishop) Hall. Bruce married Patricia Long in Havana in October of 1996. She survives along with two children; Robert Hall of Havana and Jennifer (Michael) Baughman of Bartonville, one step daughter Joy (Mike) Barber of Florida, two sisters; Rebecca (Randy) Palmer of Havana and Lorraine (Larry) Hallmark of Havana, five grandchildren; James, Gregory, Steven and Hope Baughman and Breanna Barber and his Jack Russell Terrier Jack. Bruce was preceded in death by his parents, one brother Micheal Hall, two sisters; Wanda Leann Fawcett and Wilma Jean Hood and special brother-in-law Larry Hood. Bruce retired from the US Navy after 20 plus years of service including the Vietnam Conflict. He then worked for Excel in Beardstown and US Postal Service in Springfield retiring in 2018. Cremation rites have accorded by Oaks-Hines Funeral Home and Crematory in Canton. Services will be 11:00 a.m. Saturday, April 10 at Grace Baptist Church in Havana, where visitation will be one hour prior to services. Memorials can be made to the Donor’s Choice. To leave online condolences please visit www.oakshinesfuneralhome.com.