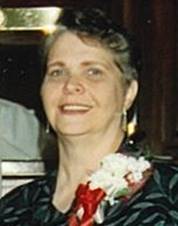 Marcia K. Berry, 73, of Canton, passed away on March 19 at the OSF Saint Francis Medical Center in Peoria. She was born on November 17, 1947 in Canton, to Raymond and Ruth (Pollitt) Berry. Marcia is preceded in death by her parents, Raymond and Ruth, and one sister, Tana Reed. She is survived by one son, Darren (Kari) Berry, of Farmington; one sister, Connie Boone of Canton; and two grandchildren Grace and Conner Berry. Marcia enjoyed spending her time doing puzzles, playing bingo, going fishing, talking with her friends, and spending time with her grandchildren. Graveside Service will be held on Saturday, March 27 at 11:00 a.m. at Oak Hill Cemetery in Lewistown. Pastor Andy Sonneborn will officiate. Cremation rites will be accorded with Sedgwick Funeral Homes & Crematory in Canton. Memorials may be made to the Fulton County Humane Society. To Make online condolences you may go to www.sedgwickfuneralhomes.com