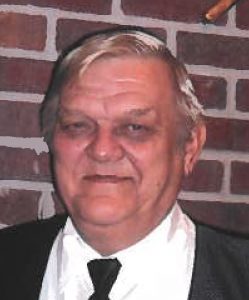 Phillip “Phil” Eugene Webb, 75, of Lewistown, passed away Wednesday, March 3 at OSF Richard L. Owens Hospice Home in Peoria. He was born on September 11, 1945, to Robert and Nelda (Conner) Webb. They preceded him in death along with one brother Bobby. He is survived by his wife Judy (Gorsuch), whom he married on on October 22, 1966 in Summum. Also surviving are two sons, Scott (Courtney) Webb of Edwards and Clay (Keri) Webb of Canton, one sister Jeanie (Jim) Jackson and two grandsons, Ben, and Brody Webb. Phil previously worked with his father and brother at Webb Fertilizer and then later owned and operated with his wife Webb Farm and Home in Lewistown until 1988. They later owned and operated Canton Tire Center until his retirement in 2000. Phil was a veteran of the United States Army Reserves. He enjoyed boating on Table Rock Lake and the Illinois River, and riding snowmobiles and motorcycles. He also enjoyed meeting his friends for morning coffee at Hilda’s in Lewistown. A Funeral Service was set for Tuesday, March 9 at 2:00 p.m. at Oaks-Hines Funeral Home in Canton. Visitation will be held one hour prior to the services at the funeral home. Following the services cremation rites will be accorded and a burial will take place at Oak Hill Cemetery in Lewistown at a later date. Memorials may be made to Lewistown Rescue Squad. To leave online condolences, please visit www.oakshinesfuneralhome.com