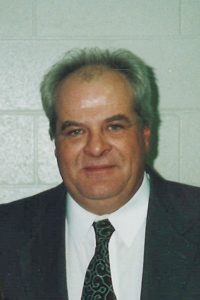 John Wesley Hodgson, Jr., 67, of Havana, passed away at his home at 9:35 a.m., on Wednesday, March 3. He was born February 4, 1954, in Spokane, Washington, to John and Charlotte (Spencer) Hodgson Sr. He married Angie Martin on November 12, 1976, at St. Agnes Church in Springfield. Mr. Hodgson is survived by his wife, Angie, of Havana; three children: Josh Hodgson, of Peoria, Luke (Mary) Hodgson, of Macomb, and Erika Hodgson, of Havana; two grandchildren: Lucas Stephen and Spencer Layne Hodgson, both of Macomb; as well as one brother: Joel (Linda) Hodgson, of The Woodlands, Texas. He was preceded in death by his parents, and one infant brother, Brad. Mr. Hodgson was a member of St. Patrick’s Catholic Church in Havana. He attended Western Illinois University, where he got a degree in geology. He had formerly worked as a truck driver for Hoosier Transit and Fornoff Fertilizer, in Kilbourne. He was a very talented and creative jewelry maker, and was also a champ at Jeopardy. Mass of Christian Burial will be held at St. Patrick’s Catholic Church, in Havana, at 11:00 a.m., on Monday, March 8, with visitation one hour prior to the services. Burial will follow the services at Laurel Hill Cemetery in Havana. Fr. David Whiteside will officiate. Memorial contributions may be made to St. Patrick’s Catholic Church. Online memorial messages may be left for the family at www.hurleyfh.com. Hurley Funeral Home in Havana is in charge of arrangements.