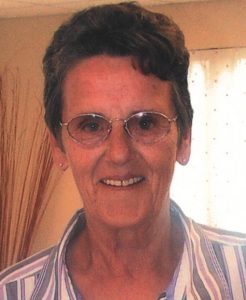 Mary R. Williams, 78, of Cuba, passed away, Friday, February 12 at her home in Cuba. She was born on December 16, 1942, in Avon, to Harry and Frances (Cattron) Wagner. They Preceded her in death along with one brother, Leon Wagner. She married Bobby L. Williams on January 18, 1986 in Canton. He preceded her in death in 2013. She is survived by four children, Debra (Robert Jr.) Busby, Diana (Billy Jr.) Rawson, Donita (Don) Taylor, and David Stambaugh, one sister Alberta Ashwood, eight grandchildren, Samantha, Daniell, Casey, Gabby, Evie, Shelby, Devin and Emily, and two great grandchildren, Izzy and Waylon. Mary volunteered for Cass Putman Fire Department and was the President up until the last year. She was an avid gardener and loved animals. Most of all she loved spending time with her children and all her grandchildren. A funeral service will be held on Saturday, February 20, at 11 a.m. at Oaks-Hines Funeral Home in Canton. Visitation will be held one hour prior to the service. Burial will immediately follow the services at White Chapel Memory Gardens in Canton. Memorials may be made to Cass Putman Fire Department. To leave online condolences, or to view Mary’s video tribute, please visit www.oakshinesfuneralhome.com.