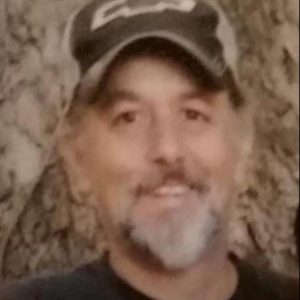 Daniel C. Roberts, 56, of Topeka, passed away at 11:40 p.m., on Sunday, January 31, at Unity Point Health – Methodist, in Peoria. He was born January 18, 1965, in Pekin, to Mannie and Carol (Richardson) Roberts. He married Adelina Romero on June 4, 2008. She survives. Mr. Roberts is survived by his parents, of Manito; wife, Adelina, of Topeka; three step-children: Jose Rodolfo (Jessica) Flores of Green Valley, Pamela (boyfriend-Justin Burwell) Tower, of Manito, Brian A. Tower, of Topeka; four grandchildren: Joshua R. and Jaden R. Flores, Jake Mitchell and Lailah Burwell; two brothers: Ben (Rachel Shepherd) Roberts, of Peoria; and Brad (Samantha) Roberts, of Manito; one sister, Tami (Matt) Meyer of Manito . He was preceded in death by his grandparents. Mr. Roberts was an avid outdoorsman. He loved archery and whitetail deer hunting. He owned and operated Roberts Taxidermy, near his home, and was a two-time World Award winning taxidermist. He enjoyed spending time with his family and his grandchildren were the light of his life. Private family services will be held at a later date at Maas-Hurley Funeral Home in Manito. Memorial contributions may be made to the Roberts Family, through Manito Community Bank. Online memorial messages may be left for the family at www.hurleyfh.com. Maas-Hurley Funeral Home in Manito is in charge of arrangements.