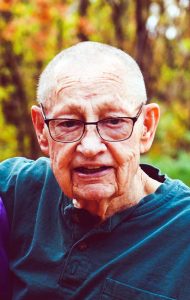 Dale Wilcoxen, 84 of Havana passed away at his home on January 30. Dale was born October 8, 1936 to Floyd and Corrine (Warren) Wilcoxen in Liverpool. He married Judith Atwater on December 9, 1956. She survives. Surviving are their children, Greg (Diane) of Pekin, Donita (Steve) Bitner, Darren (Brenda), Cristal Smith (Ron Vance), and Todd (Theresa) all of Havana. He is also survived by 10 grandchildren, and 9 great grandchildren, his brother Floyd (Willie) Wilcoxen and sister-in-law Carol. He was preceded in death by his parents and two brothers Richard and James Wilcoxen. Dale served in the Army from February 1958-February 1960 he was Signal Corp in Korea. Dale retired from Caterpillar in January 1, 1990 after 35 year of service. Dale was a member of the Havana Church of Christ. After he retired, he enjoyed traveling with his wife with the Havana National Bank Freedom Club. Dale enjoyed watching sports and spending time with his family. Cremation rights have been accorded with a celebration of life at a later date. Hurley Funeral Home in Havana is in charge of the arrangements. Memorials can be made to Havana Church of Christ and Mason District Hospital Foundation.