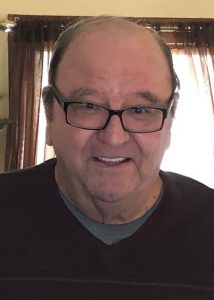 William “Bill” A. Braden, 82, of Lewistown, passed away at 3:30 p.m. on Wednesday, January 13, at The Loft. He was born on December 20, 1938 in Canton to Don R. and Florentine (Dowler) Braden. He married Ruth Hadsall on September 1, 1962 in Lewistown; she survives. Also surviving are five children, Billy (Lori) Braden of Canton, Earl (Mary Ann) Monn of Lewistown, Greg (Carla) Monn of Lewistown, Tim (Sue) Monn of Lewistown, and Lisa (Norman) LeMaster of Havana; 11 grandchildren; 17 great-grandchildren; and two sisters, Jackie (Roger) Waggoner and Dorothy (the late Don) Herriford. Bill was preceded in death by his parents, one son, Dennis Monn, twin brother and sister, and one grandson. Bill worked for Ameren Illinois/CIPS for 37 years retiring in 1999. For 44 years he volunteered for the Lewistown Fire Protection District, from 1962-1982 as a firefighter and from 1985-2009 as a trustee. Bill was of the Christian Faith and was an Executive Board Member of the Lewistown IBEW Local 702. Bill served in the United States Navy from 1957-1961. Burial of ashes will be held at a later date at Waterford Cemetery in Rural Lewistown. Cremation rites will be accorded with Sedgwick Funeral Homes & Crematory in Canton. Memorials can be made to Waterford Cemetery. To make online condolences you may go to www.sedgwickfuneralhomes.com