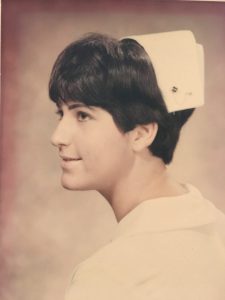 Holly E. Heffren, 72, passed away January 5 at OSF Richard L. Owen Hospice Home. She was born January 1, 1949 at St. Mary’s Hospital in LaSalle, She was preceded in death by her father, Geno Galetti, and mother, Edna (Norton) Galetti. She was married to the late John E. Heffren of Lewistown. Holly is survived by her two sons, Chad Heffren, married to Kari (Pilkington) Heffren, of Crawfordville, FL; and Jeff Heffren, married to Jackie (LoBianco) Heffren, of East Peoria. Holly leaves behind six granddaughters that she adored; Taylor, Tori, Trista, Anna, Carli, and Kate. She also leaves behind her brother and his wife, David and Mary Galetti, of Virginia Beach, VA. Holly had many loves, including her two sons, the beach, the Chicago Bears, and traveling with her closest friends. But her greatest love was her six granddaughters. Holly truly enjoyed watching them grow into the wonderful young women they are today. She was also very proud of the career that she made for herself. She graduated from LaSalle-Peru High School in 1967 and attended Saint Francis School of Nursing, where she became a Registered Nurse and began her long career as a nurse. After many years of working nights and raising her two sons, Holly enrolled in Spoon River Community College, and earned her Associate Degree so that she could then enroll into Illinois State University, where she graduated with her Masters of Science in Nursing, and then turned around and became Family Nurse Practitioner. She started new jobs with many challenges, and ended up at OSF Saint Francis, where it all began, retiring from there in 2015. Holly spent 45 years doing what she loved, and always making her family priority number one. “Grandma Holly” tried to never miss a game or event that her six granddaughters were a part of, just like she did her two sons. She was loved by many people because of her compassion for people and her genuine nature. Due to COVID 19 protocols, her family will be holding a Celebration of Life at a later time. They want to make sure all the people that she knew and loved would have an opportunity to celebrate her life together. In lieu of flowers or donations, online condolences can be left for the family at www.hurlehfh.com. Hurley Funeral Home in Havana is in charge of arrangements.