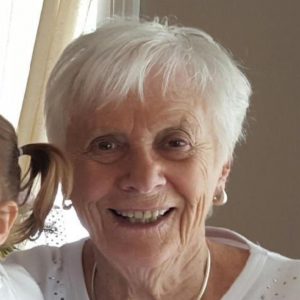 Patricia A. Mason, 89, of Canton passed away at 8:14 a.m. on Tuesday, December 29 at Sunset Rehab & Healthcare in Canton. She was born on June 9, 1931 in Liverpool to Everett and Dolores (Fouts) Bull. She married Warren A. Fleming in 1949, and later married Wilbur Mason in 1968. Mrs. Mason is survived by her daughter, Carol (Ron Suddeth) Berberet, of Havana, granddaughter, Laura (D.J.) Holmes, great-grandchildren, Eva and Knox Holmes, former son-in-law, Tom Berberet, and sister-in-law, Marilyn Bull. She was preceded in death by her parents, husband, Wilbur Mason, son, Michael Fleming, sister, Kate Tarter, and brother, Richard Bull. In 1970, Mrs. Mason began working as an administrative assistant for MSD in St. David, and then worked for Freeman United Coal Mine. She also worked at Dixon Mounds in the 1990’s. Later in life she owned a trucking business in Canton with her husband Wilbur, where they owned 9 trucks. She was very proud to be a woman truck driver in a man’s world. After 2002, she worked for Art Hossler and Enterprise delivering cars. She served as past President of the Jr. Women’s Club in Canton. Cremation rites have been accorded and a graveside service will be held at Apple Cemetery in Fulton County at a later date. Memorial donations may be made in Mrs. Mason’s name to Pets Without Parents. Online condolences can be left for the family at www.hurleyfh.com. Hurley Funeral Home in Havana is in charge of arrangements.