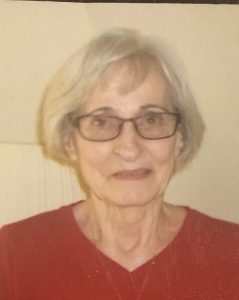 Lorraine Kay Renken, 84, of Mason City passed away on Friday, December 18 at her home. She was born on December 3, 1936 in Mason County to Walter and Mary (Ballard) Shawgo, Sr. On September 2, 1955 in Mason City, she married Delbert Renken who preceded her in death on May 12, 2016. Lorraine is survived by her son Jim (Karen) Renken of Mason City, two daughters Joan (Chris) Licht of Auburn and Judy (John Laflen) Woodard of Florida. Four grandchildren and two great grandchildren. Lorraine is also survived by one sister Loretta Thomas. She was proceeded in death by her parents, three brothers Duane Shawgo, Donald Shawgo, Walter “Nash” Shawgo Jr. and two sister Evelyn Lorig and Carolyn Shawgo. Lorraine was a member of the Christ Lutheran Church in Mason City and the Ladies Home Communication Education (HCE). She farmed for many years in the Mason City area, retiring in 1998. There will be a graveside service held at the Mason City Cemetery on Monday, December 21 at 11:00 a.m.. Memorial contributions may be made to the Mason City Area Nursing Home. Online condolences can be left at www.hurleyfh.com. Hurley Funeral Home in Mason City is in charge of the arrangements.