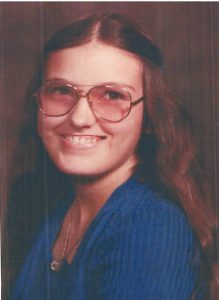 Barbara Schnoor, 60, of Easton passed away at 7:00 p.m. on Saturday, December 5 at Memorial Medical Center in Springfield. She was born on February 6, 1960 in Peoria to Bill and Alice (Heath) Carlson. She married Ronald Schnoor on April 3, 1976. Barbara is survived by her husband, Ron, of Easton; children, Jamie (Michael) Richardson of Easton, Stephanie (Richard) DeVore of Easton, and Christopher (Rochelle) Schnoor of Easton; nine grandchildren, four great-grandchildren, and her brother, Bill Heath of California. She was preceded in death by her parents and siblings August Carlson, Irene Baughman, James Carlson, and Millie Blunt. Barbara worked as a CNA and Occupational Therapy Assistant at Mason City Area Nursing Home for 29 years. She was also a homemaker. She loved camping and baking, especially with her grandchildren. Barbara had a deep, everlasting love for her family and her generosity knew no bounds. A private family graveside service will take place at Walker’s Grove Cemetery in Easton. Memorial donations may be made in Barbara’s name to her family, who will then donate to an organization Barbara was involved in. Online condolences can be left for the family at www.hurleyfh.com. Hurley Funeral Home in Havana is in charge of arrangements