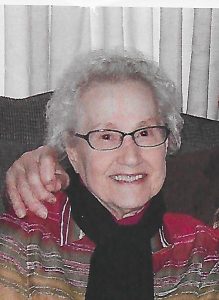 Nina B. Shumaker, 96, of Lewistown, passed away at 1:30 a.m. Wednesday December 2 at Graham Hospital. She was born April 4, 1924 at Cuba, the daughter of James and Hazel (Dalvey) Churchill. She married Bill Fernetti and he passed away on August 14, 1970. She later married Virgil Shumaker on December 16, 1973 at Bryant, and he passed away on June 8, 2020. She was also preceded in death by her parents, one daughter, Linda Weaver, and eleven brothers and sisters. Suvivors include five children, Billie Furgerson of Canton, Roxanne (Marvin) Yocum of Canton, Charlie (Becky) Shumaker of Lewistown, Jeff (Janie) Shumaker of Lewistown, and Laura (Randie) Beaird of Glendale, AZ, a son in law, Gene Weaver of Lewistown, eleven grandchildren, nineteen great grandchildren, four great great grandchildren, and one sister, Renee (Donald) Beaird of Vermont. Nina was a member of the Bryant Christian Church. A private family service will be held Monday December 7 at Henry-Lange Memorial Home in Lewistown followed by a graveside service at 11:15 a.m. at Maryville Cemetery at Bryant with Reverend Brian Ebert officiating. Memorial contributions may be made to the Bryant Christian Church. To view Nina’s life tribute video or to send condolences visit henrylange.com