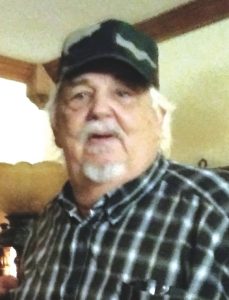 Randy H. Bonnett, 72, formerly of Havana, passed away November 5 in Texas after a long illness. His parents, Harry and Barbara Bonnett formerly of Havana, preceded him in death. He is survived by his daughter, Chelsey (Brendon) Cox of Chatham, sister Linda (Gary) Wrestler of Rockport, TX, two brothers, Harry (Josefine) Bonnett of Rockport, TX and Lessie (Mary) Bonnett of Conover NC. Also surviving are two grandchildren, one niece and seven nephews. Randy moved to Houston, TX from Havana in 1982. He announced at the Big H Speedway as well as several surrounding area racetracks and the Houston Astros Dome for special events. After retirement he moved to Rockport, TX. Randy loved life and lived it to the fullest. He will be remembered for his great humor and gift to gab. He will be greatly missed and never forgotten by his family and friends.