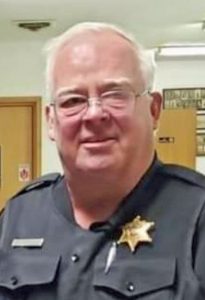 David Willis, 66, of Cuba, passed away Sunday November, 15 at OSF St. Francis Medical Center in Peoria. He was born on August 23, 1954, in Davenport Iowa, to Donald Willis and Mary (Karr). They both preceded him in death along with two brothers, Richard and Tom. He is survived by his wife, Sharon (Williamson) Willis, whom he married on April 27, 1979, in Smithfield. Also surviving are three sons, Cory (Cathy) Willis of Cuba, Kevin (Christen) Willis of Hoffman Estates, and Chris (Erin) Willis of Bonfield, two brothers, Martin “Marty” Willis, Steven Willis, two sisters, Diane Willis and Nancy Talkington, six grandchildren, Nicholas Jay Schoonover, Tyler Willis, Connel Willis, Apollo Willis, Dean Willis, and Lucy Willis, and one great grandson Everett Schoonover. David first worked for International Harvester in Canton then later at Caterpillar. He owned three different body shops over the years in Bushnell, Lewistown and at Arrowhead Junction. He retired from the Illinois Department of Correction at Illinois River Correctional Center in Canton in 2014. David was a police officer for many years he first served in Bushnell, and later was a Sergeant in Lewistown. He served in London Mills as the Police Chief and was currently serving as Chief of Police in Fairview until his health would not allow him to. David was a member of the Lewiston Masonic Lodge, he was a past volunteer at Lewistown Fire Department Smithfield Fire Department, and Cuba ESDA. He enjoyed drag racing, stock cars, and was an avid outdoorsman, but most of all he loved his children and grandchildren. A visitation was held on Friday November 20 at Oaks-Hines Funeral Home in Canton from 2:00 p.m. until 4:00 p.m. with a Masonic service staring at 4:00 p.m. followed by funeral service. Memorials may be made to Illinois Downed Officers Fund, or to the Lewistown Masonic Lodge. Due to COVID – 19 mandates social distancing was followed and facial coverings are required. To leave online condolences, or to view David’s video tribute please visit www.oakshinesfuneralhome.com