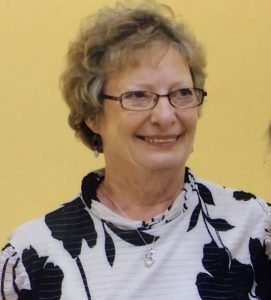 Erma Jean Diers, 76, of Mason City formerly of Ipava passed away on Thursday, October 8 at Mason City Area Nursing Home. She was born on December 20, 1943 in Forest City to W.J. and Irma (Dierker) Fletcher. On August 19, 1979 in San Jose she married Robert Diers who preceded her in death on April 13, 2011. Erma is survived by her daughter Bobbie Jo Diers of Romeoville, Granddaughters: Jordan Diers of Manito, Shayleigh of Avon and Ryleigh of Romeoville and, 2 great-granddaughters, 4 siblings: Larry (Linda) Fletcher of Greenview, Danny (Cindy) Fletcher of Mason City, Penny (Eric) Claypool of Greenview, and Mark (Leesa) Fletcher of Williamsville. She was preceded in death by her parents, husband, brother Ronald Fletcher and sister Connie Ingersoll. She was a 1961 graduate of Easton High School. A member of St. Luke Lutheran Church in San Jose and was on the Farm Bureau. A private family service will take place. A public graveside service will be held on Tuesday, October 13 at 12:00 p.m. at Allen’s Grove Cemetery in San Jose. Memorial contributions may be made to St. Luke Lutheran Church or Kindred Hospice. Online condolences May be made at www.hurleyfh.com . Hurley Funeral Home in Mason City is in charge of the arrangements.