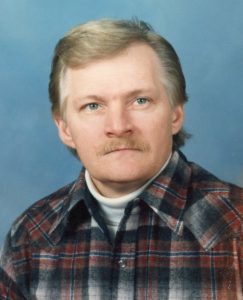 Albert ‘Butch’ Moore, age 76 of Foley, passed away September 29 at his home surrounded by his family after a courageous battle with cancer. Albert Allen Moore Jr., was born March 5, 1944 in Peoria to Albert and Virginia (Waldbessier) Moore Sr. He graduated from Havana High School and entered the US Army. He married Patricia Clark on August 14, 1965 in Lewistown. He grew up in Illinois and worked for Babcock and Willcocks as a millwright. He worked on power plants all over the United States. He eventually moved to Minnesota while working on the Becker power plant. He retired in 2004. Butch enjoyed visiting with friends and was well known by everyone at the Foley American Legion. He was always willing to help others, enjoyed hunting and fishing, the Chicago Cubs and NASCAR. Butch was happiest when he could go on a cruise with his wife, Pat. He will be missed by his friends and family. He is survived by his wife, Pat of Foley and daughters; Tammy (Brian) Santama, St. Cloud, Debbie (Brian) Pearson, Foley, 4 grandchildren and 5 great grandchildren. He was preceded in death by his parents, son, Albert ‘Butchy’ Jr., III, granddaughter, Casey JoAnn Hitchcock and sisters: Carol, Gladys, Leona and Paula. There will be a visitation from 3:00 to 5:00 p.m., Friday, October 2 at the Foley Funeral Home. Prayer Services will be at 5:00 p.m. Rev. Michael Wolfbauer will officiate. Military Honors will be provided by the Foley American Legion at the funeral home on Friday. Burial will take place in Havana. Service with Dignity provided by the Foley Funeral Home.