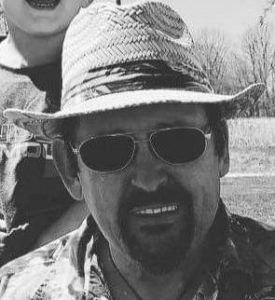 Danny G. Parry, 71, of Ipava, passed away at 5:39 a.m. on Thursday, August 27 at his home. He was born on December 1, 1948 in Macomb, the son of Robert and Barbara (Wickert) Parry. Danny married Lisa Ann Williams Bucher on February 12, 1993 in Astoria. She preceded him in death on July 10, 2020. Also preceding him in death were his parents and stepson, Erik Bucher. Survivors include his 2 daughters, Monica (and Jeff) Braun of Lewistown and Sonja (and Josh) Peterson of Havana, 6 grandchildren, Macey (and Lucas) Utter, Gage Beekman, Carsyn Braun, Knox Braun, Cam Peterson, and Ty Peterson, great-grandson, Nash Utter, step-grandson, Ethan Bucher, sister, Linda (and Gail Scott) Shaw of Macomb, and brother, Jim ‘Jap’ Parry of Ipava. Danny worked at Caterpillar for 31 years He served in the U.S. Navy after high school until 1973. Danny was a member of the Ipava American Legion Post #17 for over 50 years. He enjoyed playing fast pitch softball and basketball, golfing, and camping with his wife Lisa. He was an avid sports fan, as he enjoyed all of them. A graveside service will be held at 2 p.m. on Sunday, September 6 in the Ipava Cemetery in Ipava. Pastor Doug Krukewitt will be officiating. The Ipava American Legion Post #17 will provide military rites. Memorials may be made to the Glioblastoma Research Foundation.