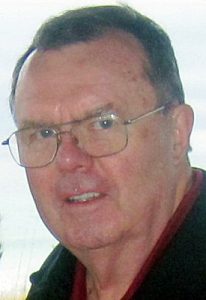 David A. Smith, of Canton, passed away on Saturday, August 1, from complications of Parkinson’s Disease. He was 77. He was born on August 5, 1942, at Graham Hospital to James E. and Dorothy (Drake) Smith. They preceded him in death. He is survived by his wife, Dana (Morrison) Smith, whom he married in 1978; his daughter Michelle (Mike) Bair of Canton; his son Scott (Sherrie) Smith of Austin, Texas; one brother Chuck (Sheri) Smith and niece Jennifer, all of Canton; grandchildren Emily (Randall) Koch, Ashlee (Clint) Shaffer, Halle Bair, all of Canton; Truett Smith and Megan Vardo of Austin, Texas; and Shelby Smith of Huntington, Indiana. He also is survived by two great-grandsons, Kolton and Kason Koch of Canton. He was preceded in death by one great-grandson, Kaden Koch, and his step-mother, Marvis (Ferro) Smith. Dave graduated from Canton High School in 1962, and attended Spoon River College. He spent his entire life in newspaper publishing, beginning as a paperboy for the Canton Daily Ledger, which was then owned by Winsor Communications. He later became the Advertising Manager, Business Manager and then Publisher of the newspaper. He was once called by a friend the “world’s oldest living paperboy.” In 1986, Dave, Dana and Scott moved to Austin, Texas, where Dave became the Business Manager of another Winsor Communication publication, the Austin Business Journal. In 1988, he became a Regional Vice President for Westward Communications, and managed five weekly newspapers surrounding the Austin, Texas, area before leaving in 1995 to become Advertising Manager for the Cincinnati Business Journal and then Business Manager for the Business News in Dayton, Ohio. In 1997, Dave and Dana returned to Austin and purchased the Senior Advocate, a specialty newspaper for seniors in the Austin metro area. Together they built the newspaper into an award-winning publication before selling it and returning home to Canton in 2007, where he retired from the Fulton Democrat. Dave loved woodworking, fishing with his brother, and being outdoors in the yard. Those who knew him well will always remember his wicked sense of humor, and his willingness to offer a helping hand. He was deeply involved in the community during his tenure at the Daily Ledger, and he served as an Ambassador for the Canton Area Chamber of Commerce for many years. He was regarded as a man who brought people together to accomplish a goal or task, and who made the hard work fun. Most of all, he loved his family. He was a devoted husband to his wife of 42 years and a loving brother. He was deeply proud of his son and daughter, and cherished his grandchildren and great-grandchildren. They were the heart of his life. Cremation rights have been accorded. A celebration of life will be planned for a later date. In lieu of flowers, the family asks that memorials may be made to the David A. Smith Family Education Fund at MidAmerica National Bank. Funds will be used to further the education of his grandchildren and great-grandchildren. To leave online condolences please visit www.oakshinesfuneralhome.com