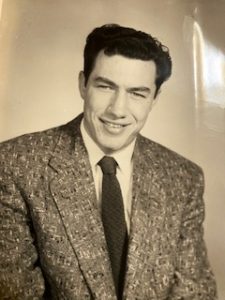 David H. Cunningham, 84, of Fremont, CA, formerly of Havana, passed away on Thursday, July 9 at his home. David was born on March 30, 1936, the son of Hugh B. and Fae E. Cunningham. He was preceded in death by his and his lifelong partner and companion, Mirra Morrison, his parents and sister, Anne E. Cunningham. He is survived by his brother, Michael (Suzanne) Cunningham of Easton two nephew, one niece and their children. David graduated from Havana High School and attended college at Marquette University, Milwaukee, WI and St. Ambrose University, Davenport, IA, where he received his bachelor’s degree in English. He completed graduate work at Notre Dame University, South Bend, IN and at the University of Iowa, Iowa City, IA. David lived and worked most of his adult life in the San Francisco Bay area of California. He was employed by Kaiser Permanente Healthcare for many years as a psychiatric technician and worked at the Alameda Main Library, retiring in 2012. He and Mirra enjoyed frequent visits to her family in Hawaii in their younger years and hosted their niece, Kelly, on several visits to the Bay Area. Memorials may be made to the Alameda Free Library, 1550 Oak Street, Alameda, CA, 94501.