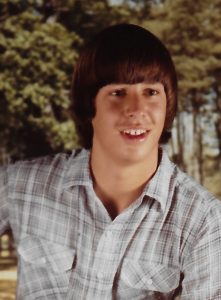 Joseph P. “Joe” Coleman, 57, of Lewistown, passed away at 8:50 p.m. Thursday July 9 at OSF S. Francis Medical Center in Peoria. He was born July 5, 1963 at Macomb, the son of Lawrence and Lois E. (Burgard) Coleman. Survivors include his mother, Lois Gorsage of Canton, three brothers, Terry (Liz) Coleman of Loves Park, Donald (Michelle) Gorsage of Canton, and Robert Gorsage of Lewistown, one sister, Patti (Aaron) Oest of Lewistown, and many nieces and nephews. He was preceded in death by his father, and step father, Donald Gorsage. Joe worked at the former Goodman Sawmill in Lewistown for many years. He was a graduate of Lewistown High School where he was very active in sports and especially basketball. During high school he was named an All State Basketball Player, and was also the MVP at the Macomb and Fulton County Basketball Tournaments. He was an avid Pittsburg Pirates and Washington Redskins fan. A visitation will be held Sunday July 19th from 1-3 p.m. at Henry-Lange Memorial Home in Lewistown. A private family graveside service and burial will be held on Monday July 20th at Oak Hill Cemetery in Lewistown with Reverend Larry Wright officiating. Memorial contributions may be made to the Lewistown Rescue Squad. To view Joe’s life tribute video or to send condolences visit henrylange.com